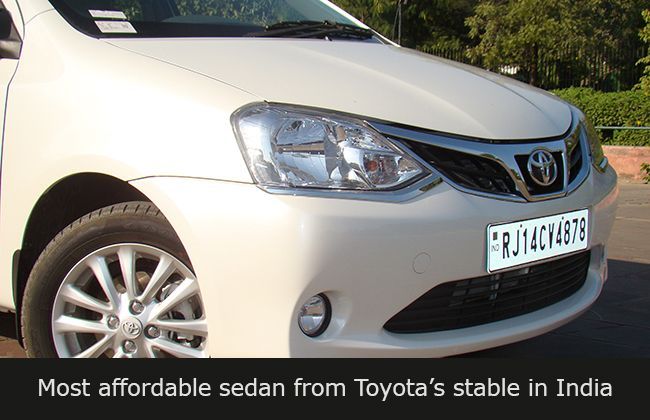 Toyota has given a mild facelift to Etios, the ‘Real Sedan' welcomes its refreshed face. Mechanically, it remains unaltered but it marks new safety standards in its segment with - standard dual-front airbags across the range! 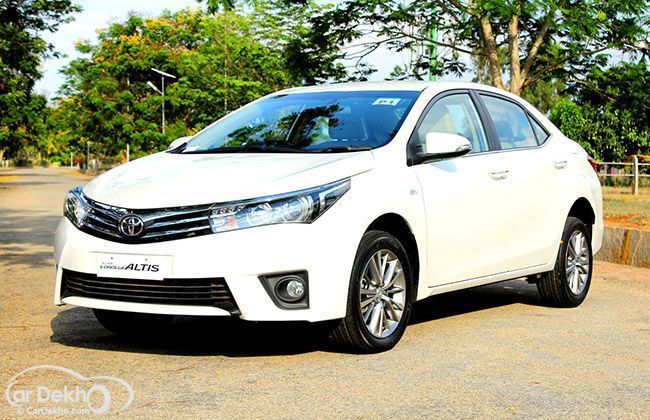 When you have the world's bestselling car in your portfolio, you don't want to do mistakes. Toyota Corolla is one of the most recognizable cars on the roads, thanks to over 40 million of them running around and an almost 50 years of history. Known to us as Toyota Corolla Altis, the car has been know

With the growing market for compact SUV market, several manufacturers want to cash in this new segment and they are now introducing even a cross-country version of their existing hatchbacks. The first one to do so was Volkswagen with the Cross Polo, then Fiat and Toyota showcased their versions of t

The Innova has been the best selling brand for Toyota and the company continues to sell this MUV as one of its best-selling products. The Japanese manufacturer has recently introduced the titivated version of this multi-utility vehicle. So, what is new in the Innova? It gets a new variant and what

The Toyota Prius is one of the world highest selling hybrid sedans, and there is no hiding in it. Several celebrities across the globe have procured the Prius as a symbol to be friendly to the mother earth, showing how caring they are. Cameron Diaz, Jennifer Aniston, Julia Roberts, Carey Mulligan an

This is a premium sedan of a different kind as it provides a combination of a petrol engine and a electric motor that provides power to it wheels. Yes, the Toyota Prius is a name that is famous for its hybrid technology so much so that it recently crossed a total worldwide sales figure of 3 million

TRD stands for Toyota Racing Division and this division is hosting the Toyota Etios Racing Cup in India. Toyota had introduced a limited edition TRD Sportivo version on the Liva, however the response has resulted as a variant of Etios Liva since the time the hatchback and the sedan got titivated.

Toyota has revived the Etios and the hatchback giving it a midlife facelift. The company had introduced the sedan in 2010 and this was their new entry-level sedan, soon the hatchback followed it as well. With the titivating its products, Toyota has made some changes to the vehicle to make it look mo

Think SUVs. Think of something that’s massive and appealing. Something that has road presence, with the large grille and do not mess with me look. This is want an Indian generally expects from an SUV. A vehicle that can bully the smaller ones. This is why the demand for SUVs is growing in India.

The Toyota Camry happens to be the 2nd best-selling car model after the Corolla in the Toyota line-up. The Toyota Camry was introduced in the year 1982 worldwide and debuted in 2002 in India. For some extra knowledge, the word Camry is the synonymous for Crown in Japanese and Toyota also had a model

To strengthen its footprint in India, Toyota had introduced the Etios as the new entry-level vehicle. This was the first C segment sedan by Toyota for the Indian market, and this was initiated as a part of their global plan to introduce a sedan and hatchback that has been designed for emerging marke

Toyota had recently updated one of the best-selling vehicles, the Innova. The Innova had received its first facelift in 2009, after its launch in 2005. The changes on the Innova aren’t major and are only cosmetic. CarDekho takes the Innova for a quick spin, to find out what all changes have been mad

Probably if there is an SUV which needs no introduction and automatically demands a lot of attention it has to be the Legendary Toyota Land Cruiser. This monster of an SUV hailing from the Land Of The Rising Sun, Japan has always enjoyed a big fan following across the world.

The Etios is to Toyota what the Dzire is to Maruti Suzuki, high hopes and aspirations on the Etios Sedan and the initial huge booking numbers are just the first signs that the strongly indicate that Toyota has got a big winner on their hands. The Etios twins (Sedan and Hatchback the Liva) happen to