The year 2011 was nearing its end when my family decided to purchase a car. The purchase was specifically important to me as I am the only one at home who drives. Also, I would be using it to commute to office daily. We had a list of cars in minds such as the Swift, Beat, Ritz, Figo and Vista. Now budget was a constraint for me and also I did not have time to wait for months for the car to be delivered. I was not very satisfied with the service reliability for GM, hence the Beat was out of choice. I drove the Ritz but didn't like it. The Figo was eliminated because my family did not like it. Now we were left with two choices Swift and Vista. I was very much interested in Swift but it had a long waiting period of 7-8 months. Also, I had to sell my old car as its condition was deteriorating with time. So practically I did not have much of a choice. So I test drove the Vista, which to my surprise was very good. Its ride quality was good, decent design and enough power and pickup. I had to travel long distances daily, so I wanted to buy the diesel version only; hence such a small list. I think we did not have Celerio or Tiago at that time. But I was sceptical about the service provided by Tata Motors. But as I said before I did not have much of a choice given the limited time and budget. Now it has been close to 5 years, I have been using the car. It still drives very well like a brand new car, of-course I have maintained the car well by getting the car serviced in time and driving properly (you know how roads in India are!). There are some niggling issues in quality but overall it is a good experience. Even today, many people think that only Swift rides well in its segment and are running after it. But the truth comes out only when you try all the vehicles. The service experience has also been average, better than my expectation. So for all those people out there who think that a Tata vehicle is poor in quality and only suits cabbies, please change your mindset and make a decisive judgement based on proper research and your own experience. 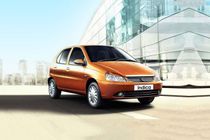