When it comes to SUVs or MPVs one name which strikes hard in out head is Tata's SUMO and it is a 'SUMO' as it sounds, another widely accepted vehicle on Indian roads. It is tough, hard and at the same time ravishing and that is what the latest aired video of Tata Sumo Gold displays.    In the video, we see this SUV standing tall firm on urban tracks. It seems so calm and composed like a big bull and at the same time it looks like it is preparing for something bigger. The video further takes us closer to it where we can easily have a microscopic look of its beauty and firmness. First off all the camera rolls over its front portion where we can see 'GOLD' written in bold and just below, a bog badge which signifies the ultimate brand Tata. In addition, at the side wall, it we can some graphic art done to make it look more valuable. As if the maker is stating that its a diamond in the form of GOLD. Along with that a completely new and re-designed back, which looks commendable.    Our expert in the video lets us know the details of this SUV. He starts with the engine which is a 3.0L powerful diesel engine with 2956 displacement and produces 80.5 to 83.1bhp of power and 250 Nm of torque. He further adds that the CR4 technology which is used to make it strong has already power Tata Safari till 2007. The expert seems to enjoy the drive as the drivability of this SUV is pretty smooth, as he states.    The video shows that the new Tata Sumo Gold features new and attractive interiors and far better than the ones we saw in old Sumo. The best thing about this car is that it has rear AC, which is the first in this segment. Another handy feature of the vehicle is its steering which feels so light that you do not even feel that you are driving a big SUV. Especially, it shows its true colours in city and on traffic-packed terrains. 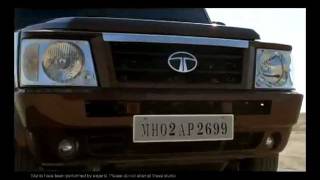 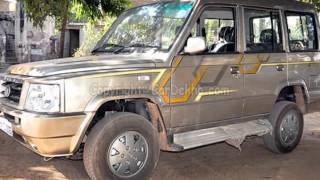